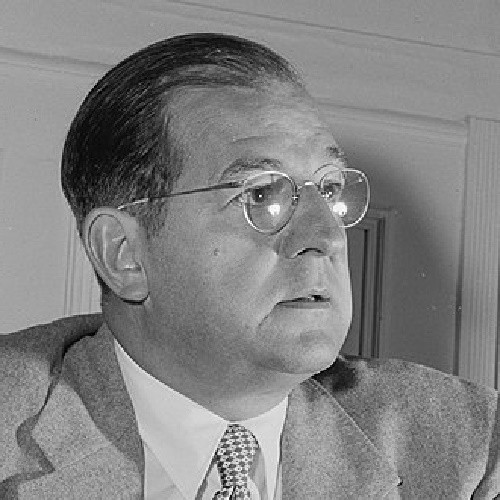 (1905 – 1977) was the third president of the incorporated Watch Tower Bible and Tract Society, becoming so on January 13, 1942, replacing Joseph Franklin Rutherford, who had served in the position since 1917.

Life
Nathan Knorr was born in Bethlehem, Pennsylvania, United States. He began to show interest in the International Bible Students at age 16. He left the Reformed Church in 1922 and was baptized on July 4, 1923 as a Bible Student following a baptism talk by Frederick W. Franz, with whom Knorr became close friends. Knorr became a volunteer at the Watch Tower headquarters in Brooklyn on September 6, 1923, and became its factory manager in September 1932. On January 11, 1934, at age 28, Knorr was elected director of the Peoples Pulpit Association (now Watchtower Bible and Tract Society of New York, Inc.), and was made its vice president the following year. In January 1942, Knorr became president of International Bible Students Association and the corporations now known as Watch Tower Bible and Tract Society of Pennsylvania, and Watchtower Bible and Tract Society of New York. Knorr was married to Audrey Mock in 1953.

He died from a cerebral tumor June 8, 1977 while receiving hospice care at an extension of world headquarters, quieter Watchtower Farms in Wallkill, New York.

Contribution to Jehovah’s Witnesses
Knorr contributed significantly to Jehovah’s Witnesses, with an intense educational focus. Within a month of his taking office, arrangements were made for an Advanced Course in Theocratic Ministry, a school that featured Bible research and public speaking. On September 24, 1942, Knorr suggested that the Society establish another school to train missionaries for service in foreign countries. The suggestion was unanimously approved by the board of directors. The first class of the Gilead School – the name given to this missionary school – commenced February 1, 1943.

Knorr began a campaign of real estate acquisition in Brooklyn to expand the organisation’s world headquarters, expanded printing production throughout the world, and organized a series of international assemblies that dwarfed those of Rutherford in the 1920s. In 1958, more than 253,000 Witnesses gathered at two New York City venues, Yankee Stadium and the Polo Grounds, for an eight-day convention where more than 7000 were baptized. Other large conventions were held in the US, Canada and Germany.

The doctrine of not accepting blood transfusions was also introduced during Knorr’s leadership.