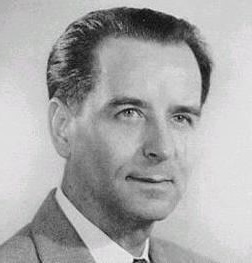 Life
Franz was born on September 12, 1893 in Covington, Kentucky. He was baptized in the Lutheran Church, but attended Catholic services as a child as a matter of convenience, before later attending the Presbyterian Church. He graduated from Woodward High School in Cincinnati, Ohio in 1911 and attended the University of Cincinnati, where he studied liberal arts and Biblical Greek, with the intention of becoming a Presbyterian preacher. He knew German and could read Latin, Greek and in later years self-taught Spanish, Portuguese, French and Hebrew.

Career
His association with the Bible Students began after he read some of the literature of Charles Taze Russell. He was baptized as a Bible Student on either November 30, 1913, or, in Franz’s own account, April 5, 1914.

In 1920 he joined the Watch Tower headquarters staff in Brooklyn, New York and in 1926 became a member of the editorial staff as a Bible researcher and writer for the society’s publications. Upon the death of Watch Tower president Joseph Rutherford, Franz became head of the editorial department, and in 1945 he replaced Hayden C. Covington as vice-president of the Watch Tower Society. Franz was the Society’s leading theologian and has been named as a leading figure in the preparation of the Witnesses’ New World Translation of the Bible. His nephew and fellow Governing Body member Raymond Franz resigned from the Governing Body and was subsequently disfellowshipped in 1982 during F. W. Franz’s presidency.