(Exod 21:10 [KJV])
If he take him another wife; her food, her raiment, and her duty of marriage, shall he not diminish.

This summary focuses on Polygamy and sin.

First TTGM will describe what polygamy is and then we will share from the word of God to determine if it is sin. Please note this has absolutely nothing to do with Mormon polygamy. Here we have several presentations given by Rev. William F. Luck. Also listen to Pastor Dowell giving a straight talk on the subject – CLICK HERE.

TTGM will state some facts first.

GOD AND SIN
In God’s word, people are judged for their sin. For example, homosexuals and adulterers are stoned to death for their sin. Whenever Israel started to move away from the commandments of God, the nation would go into decline and at times was captured and put into bondage by other nations. God is Holy and He never tolerated sin in the camp of Israel.

Polygamy – The practice or custom of having more than one wife or husband at the same time.

Monogamy – The practice or state of being married to one person only at a time (This is approved by God – eg. Adam and Eve)

Polygyny – The state or practice of having more than one wife or female mate at a time (This is what was practiced in God’s word – Abraham, Moses, David etc). This is the relationship we will be addressing in this module.

In scripture, God gave His law to Moses (Torah). When we break the law of God we have sinned.

IMPORTANT: As you read on try not to apply your standards to God’s word. Why? God is who sets the standard by His law, NOT US (man).

IS POLYGYNY SIN?
If a man is already married and he decides to take another woman/wife (2nd, 3rd etc, it is the same), what does God’s word say? From the Torah you will note that God says that what is due to her (2nd wife) should not diminish. In other words the second wife should not have less in the marriage; in fact this applies to both women (they should be treated equally). THE PERFECT LAW DOES NOT CALL POLYGYNY SIN, RATHER IT INSTRUCTS/REGULATES THE RELATIONSHIP. (Psalms 19:7 – the law is perfect)
(Exod 21:10 [KJV])
If he take him ANOTHER wife; her food, her raiment, and her duty of marriage, shall he not diminish.

To help you to think, TTGM will give a question, possible answers and then scripture.

If a man already has a wife and he goes unto (has sex) another woman, what is the second woman called (from scripture)?

Choose your answer (from scripture) – She is called…

THE ANSWER CAN BE FOUND HERE:
Here we see one wife (Sarai) giving another woman (Hagar) to her husband (Abram) and the second woman is called a wife. If you study scripture you will see that the following repeats itself. What repeats in scripture? Wherever a man goes with a second woman, she is called a wife (the answer is 5 – eg: Study the following men, Abraham, Moses, David and let us not forget Solomon).
(Gen 16:3 [KJV])
And Sarai Abram’s wife took Hagar her maid the Egyptian, after Abram had dwelt ten years in the land of Canaan, and gave her to her husband Abram to be his wife.

Here we have God PROMOTING the giving of more wives to David, by saying, if he (David) wanted more, He (God) would have given him more. This is due to David taking the wife of another man.
(2Sam 12:8 [KJV])
And I (God) gave thee thy master’s house, and thy master’s wives into thy bosom, and gave thee the house of Israel and of Judah; and if that had been too little, I would moreover have given unto thee such and such things.

The purpose of this study is not to get into what Paul wrote concerning the husband of one wife etc, TTGM will deal with these misguided doctrines in another study.

WHY IS HAVING MORE THAN ONE WIFE “NOW” CALLED SIN TODAY?

As mentioned before, in the year 1563 at the Council of Trent, what is called the “Decree Concerning The Reform Of Matrimony” was published by the Roman Catholic Church (overseen by pope Pius IV). This decree moved away from God’s word by stating that Concubinage (having more than one wife) was sin and severe punishment would be given out if it was practiced. In short Polygyny was called sin by man… NOT BY GOD.

Proof Document: Read an extract of the law here. Links will take you to more information. Again, should you want to study further, all documents found on truthgospel.org are free for download. Click Here.

Why was this topic on Concubinage included in this Roman Catholic document?

The reason is that, having more than one wife was the practice of the day; from the time of the Biblical Patriarchs in the Old Testament, the New Testament times and up to 1563.  The Catholic Church had power and control over much of the world, there was little or no resistance to this change in the law of marriage (from God’s precept to Man’s law). Eventfully overtime this law permeated to the far reaches of the planet. In part 1 of our document it covers the history on how the Catholic Church Priest lost their wives. It makes for an interesting read.

Over the years the Roman Catholic Church has moved away from the doctrines of God. Watch presentation 5 in this link – very revealing.

In conclusion, the word of God did not condemn or prohibit polygyny – IT WAS NOT SIN. The Kingdom of God has order and man (pope Pius IV) has no rite to change it; man’s ways that conflict with God’s law brings disorder and destruction. In the year 1563 we moved away from the precepts of God to man’s way; and what do we have now in our “monogamous only” relationships?  On our last check it is over a 50% breakup rate etc… Imagine what would happen if a business like FedEx had a 50% delivery failure rate.

When we as people of God get back on His track, it would be to live righteous. God requires us to worship Him in Spirit and in Truth (righteous living).
(John 4:23 [KJV])
But the hour cometh, and now is, when the true worshippers shall worship the Father in spirit and in truth: for the Father seeketh such to worship him.

Finally, the decision is yours to abide by God’s precept (way) or continue to follow on after man’s way (pope Pius IV).

–  At the moment how many women (wives) do you have in your life? You need to stop telling lies and come clean with the truth.

–  Are you treating all of your women equally as God requires? You need to come clean and do your best to treat these women equally.

–  Are you going to share this truth with your women? (Children, church, family etc). Bring them out of the darkness.

–  Are you angry at this study and what it shares? Maybe you should be angry at pope Pius IV.

–  Does your man have another woman and are you trying to get him to “break it off”?  Remember what our Lord said, “let not man put asunder” (it will be a sin to demand separation). 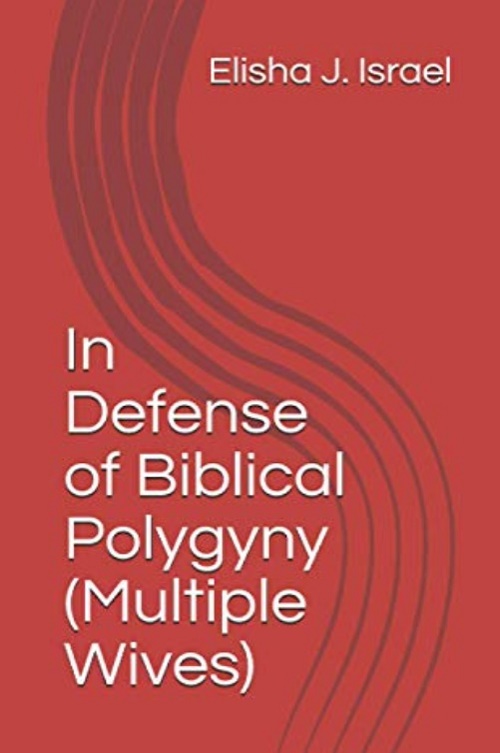