WHO OR WHAT IS GOD?

Summary: We will focus on three doctrines that are taught by some denominations that describe the nature of God. We will examine each one in light of the scripture.

This doctrine is sometimes called “Jesus only”. God is the son at one time, at another time he is the father and when the time suits it, he becomes the holy spirit. It is said to be three manifestations of the same personality (or person). Let us look at this doctrine to see if it stands up when tested against the very scripture it uses for support.

One main scripture that is used to support this “Jesus only” doctrine is Deut 6:4 “Hear, O Israel: The LORD our God is one (ech-awd’) LORD:” This scripture has a unique Hebrew word that is used to describe the composition of more than one personality in plural form; the word ONE.

The word “one” used in Deuteronomy 6:4 is the same word that is used in Genesis 2:24 “Therefore shall a man leave his father and his mother, and shall cleave unto his wife: and they shall be one (ech-awd’) flesh”.

Below is the word “one” in full description taken from Strong’s concordance. Notice the English words that have a composite meaning that is used in equivalency to the word “one” (eg. a, alike, altogether, other, some, together)

Let us now look at other scriptures that demonstrate God is one, but asserts a plural composition in the OT.

(Gen 1:26 [KJV])
And God said, Let us make man in our image, after our likeness: and let them have dominion over the fish of the sea, and over the fowl of the air, and over the cattle, and over all the earth, and over every creeping thing that creepeth upon the earth.

(Gen 3:22 [KJV])
And the LORD God said, Behold, the man is become as one of us, to know good and evil: and now, lest he put forth his hand, and take also of the tree of life, and eat, and live for ever:

TTGM: The word “us” asserts a plural composition.

Now let us look at the NT.

(1 John 5:7 [KJV])
For there are three that bear record in heaven, the Father, the Word, and the Holy Ghost: and these three are one.

TTGM: The three (plural) are one (NOT a singular one but rather a composite or plural in meaning)

You say, “1 John 5:7 not found in newer translations of the Bible, so it was installed at a later date and should be ignored”.

For those not up to speed with the deception in the newer versions of bible translations, you need to visit the following link and listen to the videos presented. – LISTEN HERE

TTGM’s CONCLUSION: God reveals Himself as “US”. In the New Testament, He reveals Himself as The Father, The Son, and The Holy Ghost. It is written.
(Matt 3:16-17 [KJV])
And Jesus (The SON), when he was baptized, went up straightway out of the water: and, lo, the heavens were opened unto him, and he saw the Spirit (The HOLY GHOST) of God descending like a dove, and lighting upon him: 17 And lo a voice from heaven, saying, This is my (The FATHER) beloved Son, in whom I am well pleased.

For further consideration for continued study on the subject:

(Luke 22:42 [KJV])
Saying, Father, if thou be willing, remove this cup from me: nevertheless not my will, but thine, be done.

TTGM: Look at the pronouns used and ask yourself, “How many persons are mentioned in the above verse?” (Hint: each person has his own will)

(Ps 110:1 [KJV])
A Psalm of David. The LORD said unto my Lord, Sit thou at my right hand, until I make thine enemies thy footstool.

(John 16:7-8 [KJV])
Nevertheless I tell you the truth; It is expedient for you that I go away: for if I go not away, the Comforter will not come unto you; but if I depart, I will send him unto you. 8. And when he is come, he will reprove the world of sin, and of righteousness, and of judgment:

TTGM: How many persons are mentioned in this verse? Do not ignore the pronouns.

This doctrine is taught by the Jehovah Witnesses (JWs) organization. The bible they use is called the new world translation and it renders the holy spirit as an “IT” and not a “He” in verses that mention “HIM”. This bible was translated to support the doctrine of a man called Charles Russell.

ALL other Bible translations have correctly rendered the Holy Spirit with the pronoun “HE”.

TTGM: The JWs do not have sound doctrine as the corrupted bible they use was translated to support the teachings of Charles Russel.

Read HERE for information that reveals the false prophecies of the JWs.

Jesus is an angel is another doctrine taught by JWs, However, in light of scripture this doctrine does not hold up. Consider the following verses.
(Heb 2:9 [KJV])
But we see Jesus, who was made a little lower than the angels for the suffering of death, crowned with glory and honour; that he by the grace of God should taste death for every man.

(Heb 2:16 [KJV])
For verily he took not on him the nature of angels; but he took on him the seed of Abraham.

Deduction: Jesus was made into the nature of man, but, He never had the nature of angel (as stated, “he took not on him the nature of angels”). What nature did He have? Consider the following verses.
(Phil 2:6 [KJV])
Who, being in the form of God, thought it not robbery to be equal with God:

(Phil 2:7 [KJV])
But made himself of no reputation, and took upon him the form of a servant (He took the form of man and not an angel), and was made in the likeness of men:

(Phil 2:8 [KJV])
And being found in fashion as a man, he humbled himself, and became obedient unto death, even the death of the cross.

This doctrine is also called the trinity. This model of understating the God of the Bible fits every scripture that describes him. Again not three gods, but as scripture teaches us, ONE God revealed to us in THREE persons with three separate and distinct wills. However, the will of the Father is supreme. We at TTGM do not entirely hold that God is only in the form of a trinity, but rather, how scripture has revealed HIM to us. When we see Him we believe more of God may be revealed. It is written about God.
(Isa 55:8 -9 [KJV])
For my thoughts are not your thoughts, neither are your ways my ways, saith the LORD. 9 For as the heavens are higher than the earth, so are my ways higher than your ways, and my thoughts than your thoughts.

Read more about how God revealed Himself to us. Does the trinity exist in Scripture? 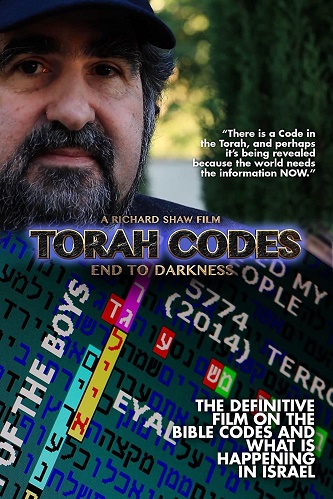