ARE THE NEWER VERSIONS OF THE BIBLE CORRUPTED?

Video Presentations 1, 2, 3, & 4: In this video on the John Ankerberg show (1st presentation), we have one of the editors of the NIV Study version of the Bible (Dr Kenneth Barker). In it he rightly explains that the NIV and other newer bible versions are not the most literal translations from the original word of God. He in fact confirms that the Authorized Version (KJV) is one of the most literal Bibles you can study. This is why TTGM studies from the KJV, (because it is closer to what God said).

TTGM is not interested in bibles that differ from what God said for the sake of copyright and $.

Oh by the way, verses are also missing from these newer versions of the bible (Not the KJV) – see presentation 2 with Walter Veith. NEW- In presentation 4 we see where the mark of the beast is. So next time you read from different bibles and the same verses do not make any sense or one is missing, guess who has caused the confusion.  Watch other presentations that explain more about the manuscripts and how the King James came about.

1. On the Ankerberg show Dr Kenneth Barker reveals that the kjv is the most literal translation (3:46)

2. Walter Veith shows us, not only changes were made to the bible to gain copyright status, but vital bible verses were removed and left out – only to be parked as footnotes. (11:07)

Reasons why to study from Bibles based on the “majority texts” and not copyrighted (eg. KJV):
1st Reason:
The newer bibles are translated based on copyright restrictions. Why? In order to sell a bible, it has to be at least 15-20% different from the others. What happens? For every new bible that is printed, it has to be 15-20% different from every other bible that is on the market. The King James Bible was NOT copyrighted. What we have now are confused bible verses that read differently (so-called balanced and free by Dr Kenneth Barker). Confusion.

2nd Reason:
The newer bibles use the “critical texts*/minority texts/Westcott and Hort” manuscripts that have been proven to be corrupted (out of Alexzandria). How were they corrupted? Verses were removed and changed to fit the ideology of the copiers (not translators). Why would you want to study from bibles that have had verses removed and others changed? For more watch Presentation 1.

*Critical Texts (about 60 manuscripts found in Alexandria) – It is stated by modern-day scholars that the critical texts are the oldest manuscripts and this makes them more accurate than the majority text (about 5000 found in Antioch), but is this true? If you have two lines of manuscripts, one being used and worn out and the other hardly being used does this mean the older one is more accurate? No. The majority text manuscripts are younger because they had to be copied over and over again due to consistent use.  We now have about 5000 majority texts manuscripts and when matched against each other the variance between them is minor. Also, since we have so many to compare this makes it easy for scholars to know what was written originally. REM this: No, verses were not added to the newer majority text manuscripts, verses were taken OUT of the minority test manuscripts.

We can trust God’s word by faith. God said He would preserve His word AND He did. It is written.
(Ps 12:6-7 [KJV])
The words of the LORD are pure words: as silver tried in a furnace of earth, purified seven times. 7 Thou shalt keep them, O LORD, thou shalt preserve them from this generation for ever. 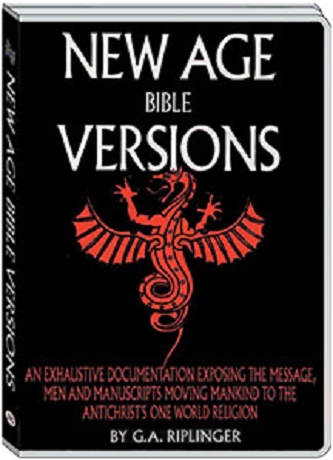