ANSWERS THAT ALL ATHEIST SHOULD HEAR

Video Presentations: Some of the most difficult questions about the existence of God have been masterfully answered by “men of God” in these presentations. The word says to us to study to show ourselves approved by God. It is written.
(2Tim 2:15 [KJV])
Study to shew thyself approved unto God, a workman that needeth not to be ashamed, rightly dividing the word of truth.

Listen and understand, God’s existence is as sure as you can read this. More information proving the existence of God can be found here.

I Don't Have Enough Faith to Be an Atheist

To some, the concept of having faith in a higher power or a set of religious beliefs is nonsensical. Indeed, many view religion in general, and Christianity in particular, as unfounded and unreasonable.

Norman Geisler and Frank Turek argue, however, that Christianity is not only more reasonable than all other belief systems, but is indeed more rational than unbelief itself. With conviction and clear thinking, Geisler and Turek guide readers through some of the traditional, tested arguments for the existence of a creator God. They move into an examination of the source of morality and the reliability of the New Testament accounts concerning Jesus. The final section of the book deals with a detailed investigation of the claims of Christ. This volume will be an interesting read for those skeptical about Christianity, as well as a helpful resource for Christians seeking to articulate a more sophisticated defense of their faith. 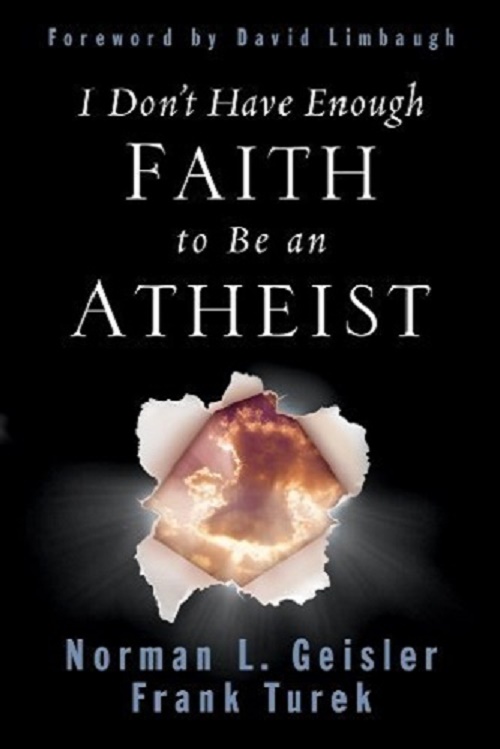