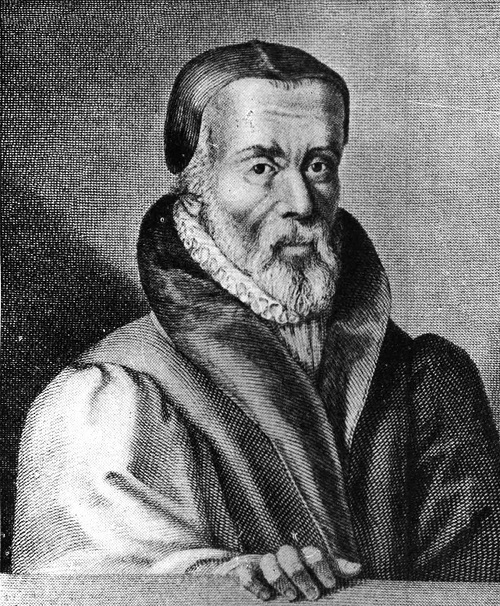 (1494-1536), an English scholar who became a leading figure in Protestant reform in the years leading up to his execution. He is well known for his translation of the Bible into English. He was influenced by the work of Desiderius Erasmus, who made the Greek New Testament available in Europe, and by Martin Luther. A number of partial translations had been made from the seventh century onward, but the spread of Wycliffe’s Bible resulted in a death sentence for any unlicensed possession of Scripture in English—even though translations had been accomplished and made available in all other major European languages.

Tyndale’s translation was the first English Bible to draw directly from Hebrew and Greek texts, the first English one to take advantage of the printing press, and first of the new English Bibles of the Reformation. It was taken to be a direct challenge to the hegemony of both the Roman Catholic Church and the laws of England maintaining the church’s position. In 1530, Tyndale also wrote The Practyse of Prelates, opposing Henry VIII’s annulment from Catherine of Aragon on the grounds that it contravened Scripture.

Reuchlin’s Hebrew grammar was published in 1506. Tyndale worked in an age in which Greek was available to the European scholarly community for the first time in centuries. Erasmus compiled and edited Greek Scriptures into the Textus Receptus—ironically, to improve upon the Latin Vulgate—following the Fall of Constantinople in 1453. Constantinople’s fall helped to fuel the Renaissance and led to the dispersion of Greek-speaking intellectuals and texts into a Europe which previously had no access to them. A copy of The Obedience of a Christian Man fell into the hands of Henry VIII, providing the king with the rationale to break the Church in England from the Roman Catholic Church in 1534.

In 1535, Tyndale was arrested and jailed in the castle of Vilvoorde (Filford) outside Brussels for over a year. In 1536, he was convicted of heresy and executed by strangulation, after which his body was burnt at the stake. His dying prayer was that the King of England’s eyes would be opened; this seemed to find its fulfillment just two years later with Henry’s authorization of the Great Bible for the Church of England, which was largely Tyndale’s own work. Hence, the Tyndale Bible, as it was known, continued to play a key role in spreading Reformation ideas across the English-speaking world and, eventually, to the British Empire.

In 1611, the 54 scholars who produced the King James Bible drew significantly from Tyndale, as well as from translations that descended from his. One estimate suggests that the New Testament in the King James Version is 83% Tyndale’s and the Old Testament 76%.[8] His translation of the Bible was the first to be printed in English, and became a model for subsequent English translations; in 2002, Tyndale was placed at number 26 in the BBC’s poll of the 100 Greatest Britons.