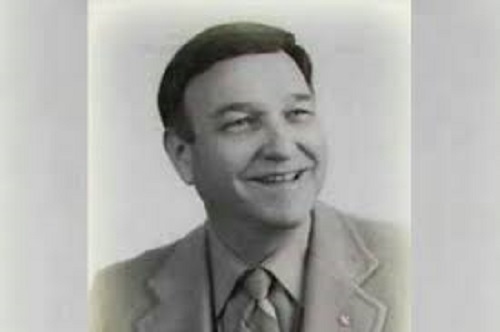 (September 10, 1928 – June 26, 1989), was an American Baptist Christian minister and author who founded the Christian Research Institute in 1960 as a para-church ministry specializing as a clearing-house of information in both general Christian apologetics and in counter cult apologetics. As the author of the influential The Kingdom of the Cults (1965), he has been dubbed the “godfather of the anti-cult movement”.

Martin was born in Brooklyn, New York to George Washington Martin II (1876–1948) and Maud Ainsworth (1892–1966). His father was a prominent figure in the legal profession who served as an assistant District attorney, before working as a criminal trial lawyer. In 1920 George Martin became a county court judge and presided over cases involving some of the notorious Murder Inc criminals.

Martin’s mother, Maud Ainsworth, was born in Chicago to Joseph Ainsworth and Annie Young. She was one of several children born of that marriage, but was put up for adoption. She was adopted by her uncle and aunt James McIntyre (theatrical actor) (1857–1937) a vaudevillian (one partner of the black-face duo, “Thomas Heath and Jim McIntyre”), and Emma Maude Young (1862–1935), a dancer and balladeer (known on stage as “Maude Clifford” and “Maud Clifton”).

Martin was raised in the Bedford-Stuyvesant area of Brooklyn, and was the youngest of six children. In his earliest years the family lived on Macdonough Street, and then from 1930 onwards on Bainbridge Street, Brooklyn. In the mid-1940s he attended The Stony Brook School where he obtained his high school diploma.

Martin’s career as an apologist began at the age of fifteen after being baptized in Hegemen Chapel at The Stony Brook School (Stony Brook, NY). While in college and graduate school, he often skipped eating during his lunch hours to answer a variety of tough questions about the Bible and the Christian faith while standing on the corner of Wall Street and Broadway, in New York City. [relevant? – discuss] Martin has indicated in various book dedications and in audio recorded lectures how he was mentored by Frank Gaebelein (Headmaster, The Stony Brook School), Wilbur Smith (1894–1976) (author of the apologetic text Therefore Stand), and the Presbyterian Bible teacher Donald Grey Barnhouse (1895–1960).

Martin’s relationship with Barnhouse as his mentor grew over the years, and he was appointed as a regular columnist to Eternity magazine (1955–60). Barnhouse’s support for Martin’s research and teaching abilities resulted in the reassessment of Seventh Day Adventist theology, raising the profile of his early ministry in the Evangelical movement. He also worked for a time as a research associate for the National Association of Evangelicals.

Martin was ordained as a minister of the Regular Baptists in 1951, but this was revoked in 1953 owing to his remarriage. However, Martin met with the key pastor involved in this revocation and a restoration agreement was apparently reached, as Martin began marrying couples on television and continuing in public pastoral roles with the full knowledge of the Baptist denomination. His status as a minister has been the subject of much controversy but his daughter, Jill Martin Rische, has made more information available that puts much of the controversy to rest. Walter Martin served as a pastor in various churches in New York and New Jersey in the 1950s and 1960s. He also became a regular teacher of Bible study classes at Barnhouse’s Church in New York City. In later years Martin would serve as a preacher and Bible teacher at Melodyland Christian Center and then at Newport Mesa Christian Center in California.