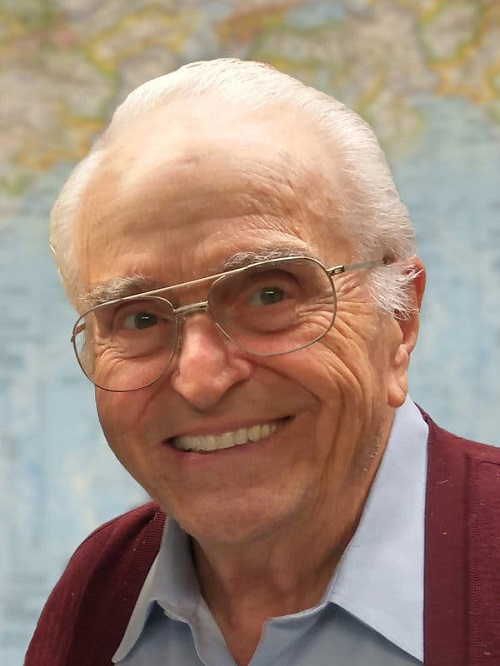 (1924-2016), Jack Chick was an American cartoonist and publisher, best known for his evangelical fundamentalist Christian “Chick tracts”, which presented his perspective on a variety of issues through sequential-art morality plays. With over 500,000,000 gospel tracks and comics published, he was used by the Lord in a great way. He was a committed and dedicated evangelist that submitted his life to the King for the lost; out of a heart of love.

Jack Chick was born in the neighborhood of Boyle Heights in Los Angeles, California, and later moved with his family to Alhambra, where Chick was active in the high school drama club. According to Chick, he was not religious in high school. After graduation, he continued his drama education at the Pasadena Playhouse School of Theater on a two-year scholarship.

In February 1943, Chick was drafted as a private into the U.S. Army. He served for three years in the Pacific theater of World War II, serving in New Guinea, Australia, the Philippines, and Japan.[10] Chick credited his time overseas for inspiring him to translate his tracts into many different languages and said that he had “a special burden for missions and missionaries.”

After the war, he returned to the Pasadena Playhouse and met his wife while working on a production there. Lola Lynn Priddle (1926–1998), a Canadian immigrant, came from a very religious family, and Chick called her “instrumental in his salvation”. Priddle and her parents introduced Chick to the Charles E. Fuller radio show, the Old-Fashioned Revival Hour, and Chick said that he was converted while listening to an episode of this show. Chick and Priddle married in 1948 and had one child, Carol, who died in 2001. In February 1998, Priddle died, and Chick married an Asian woman, whose name has been variously reported as Susie and Susy.

In a 2005 issue of his company’s newsletter, Battle Cry, Chick reported that he had a life-threatening health emergency sometime between 2003 and 2005 and said, “My flu turned into pneumonia, my blood sugar dropped to 20 (I am diabetic)… I was going into a coma. My wife called 911 and while they were on the way, I had a heart attack. A day or so later I had to undergo a triple bypass.”

Chick had limited personal contact with the public; he gave only one known professional interview after 1975. The lack of available public information about him created some speculation that he was a pen name for unnamed authors. Chick died in his sleep at age 92, his body discovered on the evening of October 23, 2016 in his home at Alhambra, California. The interment was private.