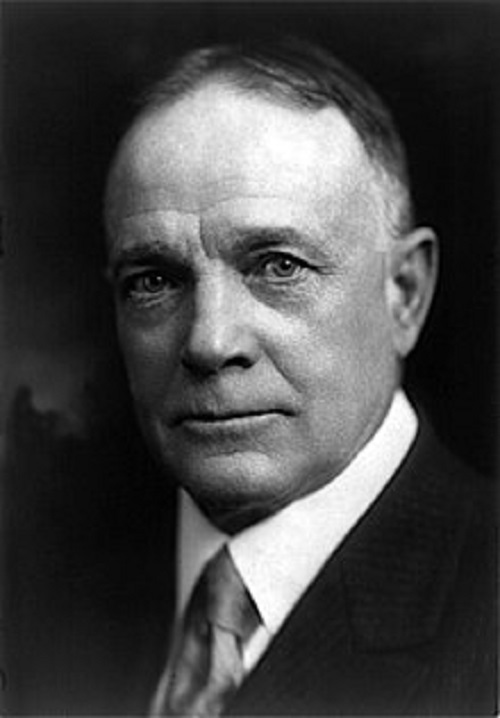 William Ashley “Billy” Sunday (November 19, 1862 – November 6, 1935) was an American outfielder in baseball’s National League and widely considered the most influential American evangelist during the first two decades of the 20th century.

Born into poverty in Iowa, Sunday spent some years at the Iowa Soldiers’ Orphans’ Home before working at odd jobs and playing for local running and baseball teams. His speed and agility provided him the opportunity to play baseball in the major leagues for eight years, where he was an average hitter and a good fielder known for his base-running.

Converting to evangelical Christianity in the 1880s, Sunday left baseball for the Christian ministry. He gradually developed his skills as a pulpit evangelist in the Midwest and then, during the early 20th century, he became the nation’s most famous evangelist with his colloquial sermons and frenetic delivery. Sunday held widely reported campaigns in America’s largest cities, and he attracted the largest crowds of any evangelist before the advent of electronic sound systems. He also made a great deal of money and was welcomed into the homes of the wealthy and influential. Sunday was a strong supporter of Prohibition, and his preaching likely played a significant role in the adoption of the Eighteenth Amendment in 1919.

Despite questions about his income, no scandal ever touched Sunday. He was sincerely devoted to his wife, who also managed his campaigns, but his three sons disappointed him. His audiences grew smaller during the 1920s as Sunday grew older, religious revivals became less popular, and alternative sources of entertainment appeared. Nevertheless, Sunday continued to preach and promote conservative Christianity until his death.