(Deut 18:22 [KJV])
When a prophet speaketh in the name of the LORD, if the thing follow not, nor come to pass, that is the thing which the LORD hath not spoken, but the prophet hath spoken it presumptuously: thou shalt not be afraid of him.

Here we examine if Rabbi Judah Ben Samuel is a true prophet of God.

First a personal note from the head contributor of TTGM, before we go into the study:
In recent times the prophecies of a man called Rabbi Judah Ben Samuel were brought to my attention. I found the prophecies very intriguing. Why? I was told from many “reliable” sources that all his prophecies came through and there was one last to go in the year 2017. I was told the last prophecy had to do with either the return of Yeshua to rule over Jerusalem or the rapture of the church. Given this information (with a 100% success rate so far), I waited in quiet anticipation thinking that this has got to be it. As I write this, 2017 is slowly coming to an end and I wondered could this be another failed prophecy? How could a man get it so right three times in a row and failed the last time? For me a prophet of God must be 100% accurate every time, not like the charlatans that run around these days calling themselves prophets. They speak in general terms and may have a true prophecy hit rate of about 20%.  These so called prophets are not of God. Could this be the case of Rabbi Samuel?

Then I realized I made a mistake. This mistake is something I always warn people about and here I am; I fell for it; without going to the well myself, I took tainted water from someone else and ran with it. In other words, I should have gone to the source and not blindly trust the messengers.

My Story and the reason for this research.

I now do what I should have done when I first heard of Rabbi Judah Ben Samuel. 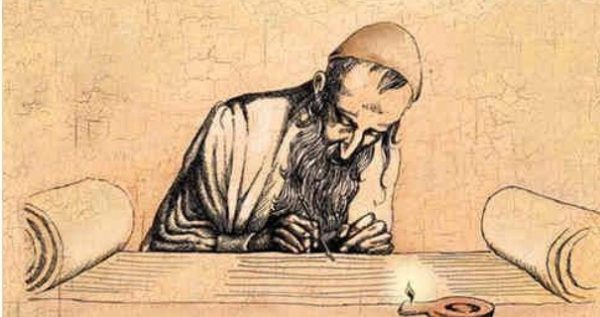 TTGM checked several sources for the translated version of the prophecies and found the following:

First, we have the long version (for those that do not know about the prophecy):

Several years ago, Ludwig Schneider, a German-language scholar, discovered an amazing prophecy dating back to 1217 by a scholarly and highly respected rabbi by the name of Judah Ben Samuel.

He was quite famous in his time as the initiator of the Chassidic Ashkenaz, a movement of Jewish mysticism in Germany. He founded a yeshiva in Regensburg and secured many pupils. Legend has it that, as a young man, he was an excellent bowman but knew little or nothing about daily prayers. But once he got serious about his faith, legend has it that he performed many miracles. It is also reported that he was given a prophecy about the exact year of Israel’s rebirth as a nation and its redemption.

So renowned was his work, the Bishop of Salzburg asked him to serve as his personal seer.

Because most of his writings were published so long ago – before the invention of the printing press – and in German, few copies have survived. But Schneider has a copy of Judah Ben Samuel’s prophecy about the nation of Israel and the messianic era and has translated the highlights of it into English and other languages for the magazine Israel Today.

The prophecy involves the Jubilee Year cycle every 50 years. I should point out there’s much controversy about pinpointing Jubilee Years because they have not been observed in Israel since ancient times, while no one is 100 percent certain about when they should occur on the modern Hebrew calendar.

However, in the year Judah Ben Samuel died in 1217, he prophesied that the Ottoman Turks would rule over the holy city of Jerusalem for eight Jubilees. Now, keep in mind, he made this prediction 300 years before the Turks seized control of Jerusalem in 1517. In fact, the Ottoman Empire, as it would become to be known, did not even really exist yet in 1217.

Exactly 400 years after the Ottoman Turks took control of Jerusalem in 1517, they were driven out of the city and the Holy Land in 1917 by the Allied forces under the command of Gen. George Allenby – on Hanukkah, by the way.

But it gets more interesting still.

The rabbi also prophesied that during the ninth Jubilee Jerusalem would be a “no-man’s land.” This is exactly what happened from 1917 to 1967, due to the fact that the Holy Land was placed under British Mandate in 1917 by the League of Nations and literally “belonged” to no nation. Even after Israel’s war of independence in 1948-49 Jerusalem was still divided by a strip of land running right through the heart of the city, with Jordan controlling the eastern part of the city and Israel controlling the western part of the city. That strip of land was considered and even called “no-man’s land” by both the Israelis and the Jordanians.

It was not until the Six Day War in 1967 when the entire west bank of the holy land was conquered by the Israeli army that the whole city of Jerusalem passed back into the possession of Israel. So once again the prophecy made by the rabbi 750 years previously was fulfilled to the letter.

It certainly would be significant if indeed both 1917 and 1967 were Jubilee years considering the significance of what happened in Jerusalem on those years. But it gets better.

The rabbi also prophesied that during the 10th Jubilee, Jerusalem would be under the control of the Jews and the Messianic “end times” would begin. The 10th Jubilee began in 1967 and will be concluded in – 2017.

What should we expect to happen in 2017? I will leave that to your imagination.

But one thing is certain: Judah Ben Samuel made some truly remarkable prophecies that came to pass. We’ll have to wait about four more years to see if his final prediction does as well.

TTGM: Note what the writer noted about, “I will leave that to your imagination”.

The condensed version of the prophecy:

“When the Ottomans conquer Jerusalem they will rule over Jerusalem for eight jubilees. Afterwards Jerusalem will become no-man’s land for one jubilee, and then in the ninth jubilee it will once again come back into the possession of the Jewish nation – which would signify the beginning of the Messianic end time.”

You will notice that the last part of the prophecy does not mention anything about the rapture or Yeshua’s return. The prophecy only stated the recapturing of Jerusalem will be the beginning of the Messianic end time. From here people only used their imagination.

Answer:
A resounding NO, based on the evidence of what he actually wrote, he is a true prophet.

LESSON FOR ALL OF US INCLUDING TTGM:
This website is based on truth and the truth is best obtained from the source (the well). No matter how good it sounds or how convincing, if they say it is so from the bible (or anywhere else for that matter), go to the Bible for yourself; but you must go objectively and with an open mind. This makes for a good detective.

TTGM has combined some videos of the sources that misled us into thinking that the “beginning of the Messianic end time” meant something else (rapture, peace treaty etc)  – Click/Tap to see presentations.

Nb. After completing this study, TTGM has realized something. To students of the Word, it looks like we have the end and start of Jubilee cycles based on the 100% accurate prophecies. We just had a super magnanimous move at the end of a new jubilee cycle (Dec 6, 2017) – the announcement by the President of the USA, that Jerusalem is the capital of Israel. This is significant.