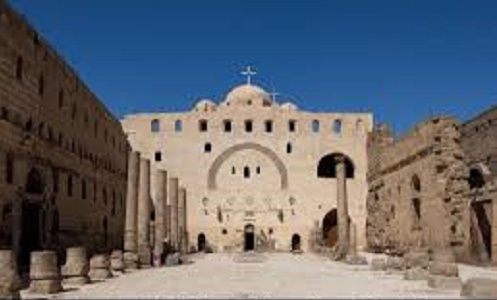 The Catechetical School of Alexandria was a school of Christian theologians and priests in Alexandria. The teachers and students of the school (also known as the Didascalium) were influential in many of the early theological controversies of the Christian church. It was one of the two major centers of the study of biblical exegesis and theology during Late Antiquity, the other being the School of Antioch.

According to Jerome the Alexandrian school was founded by Mark the Apostle. The earliest recorded dean was supposedly Athenagoras. He was succeeded by Pantaenus, who was succeeded as head of the school by his student Clement of Alexandria.

Other notable theologians with a connection to the school include Origen, Gregory Thaumaturgus, Heraclas, Dionysius “the Great”, and Didymus the Blind. Others, including Jerome and Basil, made trips to the school to interact with the scholars there.

Continuity with the ancient school is claimed by the Coptic Theological Seminary, Cairo.

Under the leadership of the scholar Pantaenus, the school of Alexandria became an important institution of religious learning, where students were taught by scholars such as Athenagoras, Clement, Didymus, and the great Origen, who was considered the father of theology and who was also active in the field of commentary and comparative Biblical studies. Many scholars, such as Jerome, visited the school of Alexandria to exchange ideas and to communicate directly with its scholars.

The scope of this school was not limited to theological subjects. Apart from subjects like theology, Christian philosophy and the Bible; science, mathematics and Greek & Roman literature, logic and the arts were also taught. The question-and-answer method of commentary began there, and, 15 centuries before Braille, blind students at the school were using wood-carving techniques to read and write.